The enjoyment of wine depends on a lot of different factors. The company you are with, the setting, the food, your state of mind, your health… .One factor that I would like to address in a bit more detail today is finding out why the same wine does not always offer the same experience.

Wine merchants are experts in seasonality. I have a mailbox full of invitations for wine tastings, promising everything my heart desires for the upcoming holidays. Starting March – April, I’ll get the same invitations but the focus will then be on light and refreshing summer wines. It’s no coincidence that all these tastings, just like retail wine festivals, are always organized at the beginning of a new season. The basic rule is oaky, heavy and powerful wines when it is cold, light and playful wines when it’s hot. Up to a certain degree, I agree. For instance, I prefer not to drink red Bordeaux, Chianti or Rioja in the summer. When it’s hot, my primary motivation for drinking is refreshment, something to relieve me of my thirst. It’s rarely the case that this is accomplished with wine, I’d rather just have a beer.

Nonetheless, there is no downtime for a winelover, so over the past year I focused on finding out which wines work best at different times of the year. Regardless of my personal tastes, there are some wines that simply do not seem to work in a certain season. A classic example is red Bordeaux. All throughout the year you can taste Bordeaux wines wherever you want, but I find that they only ever taste excellent, taste “in place” during the winter. Full-bodied, tannins and aromas of dark fruit are too much to deal with on a hot summer evening. 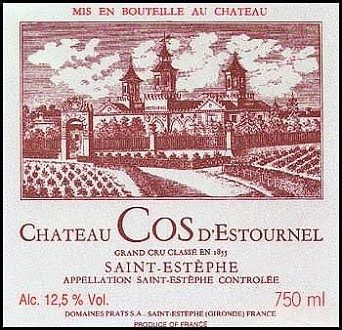 I participated in a tasting in the beginning of July and amongst the lineup were several big-name Bordeaux wines. You could sense the power, the quality and the distinctiveness in several of them, and although they were interesting they somehow did not offer the drinking pleasure you would expect. By pure chance I had had the opportunity to drink one of the wines presented, Cos d’Estournel 2002, a couple of months earlier at a trade tasting. The event took place in a relatively cold cellar at the end of November and my tasting notes where much more positive then, going on about vibrant fruit, a distinctive length in the mouth and an elegant finish. In July I noted subdued nose, tertiary aromas on the nose and a gritty palate with tannins that still needed some time.

There are a number of reasons as to why the same wine can taste different on two separate occasions. The most intriguing explanation I heard recently is that it depends on the biodynamic calendar and that you are better off tasting wine on Fruit Days instead of Root Days, but that’s something that will be up for discussion another time. It’s more likely that winelovers will blame a different tasting experience on bottle variation or different storage conditions. Up to a certain degree these can be controlled; buy a carton of six bottles and store them yourself. They will in all likeliness have been bottled at the same time and you can control the better part of the storage conditions yourself. 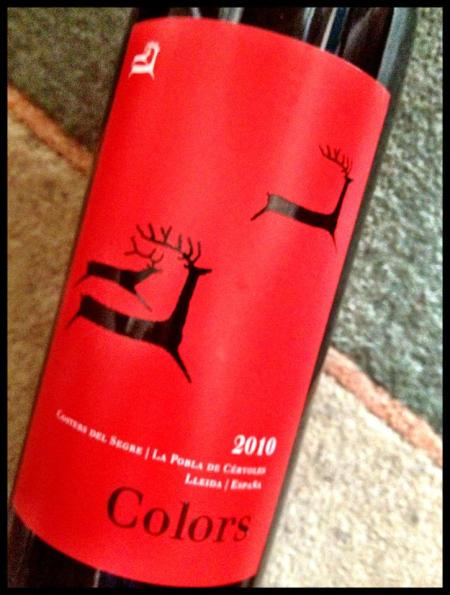 I have experimented a bit over the past year with the three bottles I had left of Cérvoles Colors 2010. Cérvoles is a domain owned by the same family as Castell del Remei in the D.O. Costers del Segre, close to Priorat. I bought a couple of bottles in 2012 as I liked the “new” Spanish style, full-bodied but elegant and balanced. The first bottle was drunk in October 2013, the second one in January 2014 and the last one in August 2014.

In October the wine was well-balanced and approachable, notes of blackberries and cherries on the nose but a bit closed off in the finish. The bottle tasted in January gave more or less the same impression on the nose but was more defined by its structure, well-integrated tannins and a lighter finish. The final bottle drunk just a couple of months ago came off as surprisingly heavy. Even some time in the decanter did not provide the balance it needed on the nose. Dark fruit dominated by oakiness creating a certain tightness in the mouth that did not really reflect what I had expected from the wine.

Of course, this is just a silly experiment but I do think that it makes a useful point. For me the Colors 2009 is a good example of an autumn – winter wine and the three tastings confirmed this. All too often people dismiss a bottle too quickly. It comes of as unbalanced, not in tune with what you would have expected. Most people will pick what they like to drink all the time, but I believe that it can be rewarding to go the extra mile, to go of the beaten path and to venture into an unknown wine region or to discover a completely new variety. Furthermore, it goes to show that wine is a living product that evolves not over years or decades but even over seasons, making it all the more interesting to discover!