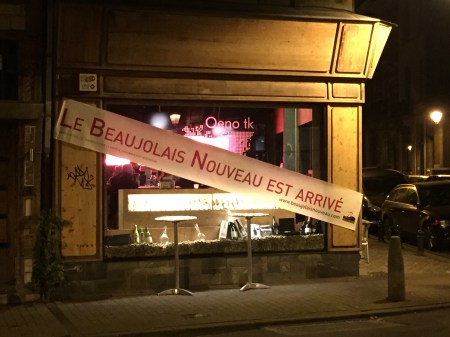 Some wine regions or even entire countries are built on hypes. Unfortunately, the hype will more often than not be the downfall of a region’s reputation when it comes to quality. Liebfraumilch was such a disaster that German wineproducers are still fighting to prove to the world that not all their wines are sickly sweet and that Riesling is a variety that can produce world class wines. Cava has surpassed Champagne as the most popular sparkling wine in a lot of countries (with Belgium being one of the D.O.’s biggest export markets) but here we also have a struggle with quality issues caused by the fierce competition on price. Seeing as there are producers simply refusing to market their wines under the Cava D.O., it is clear that the hype is losing steam.

The most famous hype in recent decades is without a doubt Beaujolais Nouveau. It’s a perfectly fine regional tradition, a celebration of the new vintage. It’s also still manageable if it spreads to the rest of France with parties and events organized every third Thursday of November throughout the country. The problems starts when it became the region’ biggest export product. Around 13 million bottles were exported this year, with the majority of the bottles being shipped to Japan. Most of the big négociants have amassed their fortunes riding the export wave but the bubble had to burst at some point.

There are two main problems. In order to fulfill the exploding demand, concessions in the vineyard and in the cellar needed to be made. Gamay is by its nature a high yielding variety which is good news for vignerons betting heavily on Beaujolais Nouveau. At the tiniest sign of anything going wrong, pesticides and herbicides were sprayed in order to neutralize everything alive in the vineyard aside from the grapes. This means that the grapes that arrive in the cellar are at best of average quality but this is not such an issue as you can use artificial yeasts to jumpstart fermentation. What’s more, cultured yeasts will allow you to add any aroma and flavor possible in order to ensure that the taste of the wine appeals to as many people as possible. 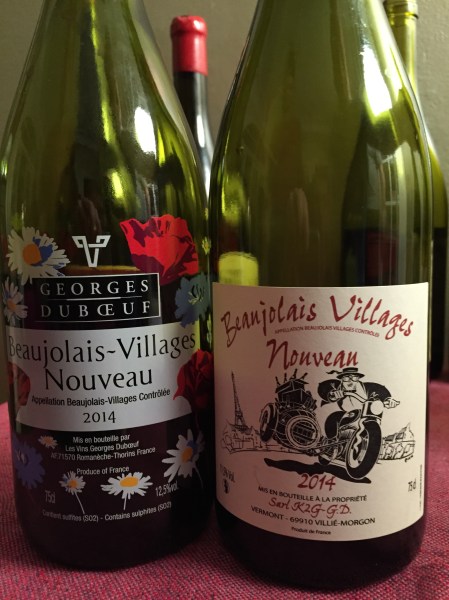 The second major problem is that Beaujolais Nouveau is a young wine which has barely finished fermentation. Throughout the fermentation process itself the risk of oxidation is minimized as the yeast consume all the oxygen, but afterwards you normally need to give a wine some time in order to stabilize. However, as you need everything shipped out by mid-November, you don’t have time to wait so the only option you have is to sulphur the wine. As your grapes are of average quality at best, the risk of oxidation is higher and you need to add even more sulphur.

The result? Wines that taste like bubblegum, exactly the same, year after year, easy to drink but a bitch in the morning when you wake up with a hangover. By the time this became clear to the producers, it was too late, the region was in overdrive and most people associated every wine produced in the Beaujolais with overly fruity hangover wines. Fortunately, producers like Descombes or Lapierre have been major contributors in the region’s turnaround.

Gradually the effect is spreading towards Beaujolais Nouveau as well and it is somehow returning to its roots, offering a simple but delicious wine to celebrate a new vintage, a last fruity and enjoyable wine before winter is coming and you need something more powerful or structured to get through the cold. We recently compared two wines in a blind tasting. The first one was the godfather of Beaujolais marketing, Georges Duboeuf and the second one was Descombes, an independent producer in Morgon who is also a major proponent of making wines without sulphur and in the most natural way possible.

We had tasted the Descombes at the merchant earlier that day and it was open on the nose, fruit but not too exuberant, very open and juicy in the mouth showing a light structure but just enough acidity. When we retested a newly opened bottle at night, the fruit was much more present, showing even a bit too much sweetness. We first thought that it was the Duboeuf! On the third day it was more balanced and clean, still enjoyable to drink though, a real vin de soif. The Duboeuf on the other hand was a correctly made wine, but one-sided. Fruitiness and sweetness in the nose which became more pronounced over time, giving the typical bubblegum aroma’s you would expect. Overall it tasted more like candied fruit and lacked a bit of the straightforwardedness that makes you wanting more. It is not a bad wine, nor is it a good one, for that it lacked a bit of originality.

Coming up next: Beaujolais Cru!