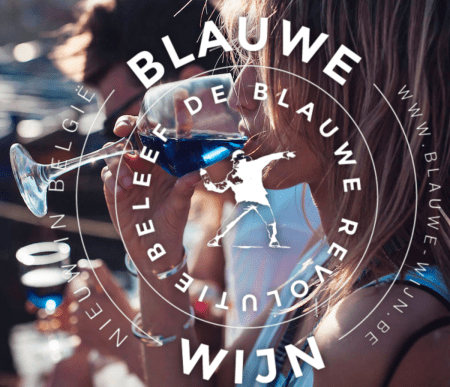 So, how have our blue wine-producing friends fared since their marketing-heavy launch last year? Admittedly, they dropped off my radar quite quickly after I published this article. At the time, I had contacted them to see if their wine would be available in Belgium, as it was perennially sold out on their Dutch website. I didn’t get a reply until just a while ago, when they were thrilled to announce that they were back in production and that I would be able to order as much as I would need, or required to slip me into a sugar-induced coma (well, non-caloric sweeteners technically). It was casually mentioned that past issues were resolved, which is basically click bait for a google search to what said issues may be!

It turns out that things have not actually gone as planned for the business school graduates, as strictly legally speaking they are no longer even in the wine business. After an anonymous complaint last year, they were banned from calling their product ‘wine’, as it fails to match one of the seventeen allowed categories described in this 2013 European regulation (scroll down to page 140 for the full list, absolutely riveting stuff, but I can somehow get the reasoning behind it).

Of course, after such a successful launch with claims of 80,000 to 120,000 bottles sold worldwide (a story for which I did not actually find an origin point, most articles simply go back and forth between themselves), they wouldn’t give up their self-declared gold mine without a fight. Were they not the forerunners of a revolution in a wine world paralyzed by tradition and the bible of enology, supposedly a prerequisite to drinking wine? They made certain to present themselves that way, claiming to take the charge in a creative rebellion, breaking the rules and creating their own, etc etc (basically the story of every startup who tries to hide that they are all bling and no content). So the only logical choice they were presented with would be fighting back!

Unfortunately, they were off to a rough start. Kicking off the ‘revolution’ with a persiflage of one of Banksy’s iconic works, the Flower Thrower in Jerusalem, may not be the best of choices. As an extra, the dubious Photoshop job makes what the protester is holding look more like a feeding bottle than a bottle of wine, which is actually more appropriate as the GiK guys are basically acting like spoiled brats. So what’s their weapon of choice in the revolution for blue wine? Nothing quite revolutionary or innovative I’m afraid, as they found nothing better than a free Change.org petition. Given that their hashtag of choice here is #freedomofcolor, one could be forgiven when thinking poor taste is more likely to be the core message behind the campaign instead of revolution.

The big question now is, has the revolution been won? Alas, ending not with a bang but a whimper, a whopping eighty people have shown their support. Those ~100,000 bottles sold must have not been to everyone’s taste! It looks like they have decided to throw in the towel, and that, despite their website being riddled with the word wine, they no longer sell their product as such. It now falls in the ‘other alcoholic drinks’ category, which I would assume will not sound as classy to your everyday consumer. Then again, you are drinking something blue, how much class are you looking for to begin with?

One thought on “On mistaking marketing ploys for wine (2)”