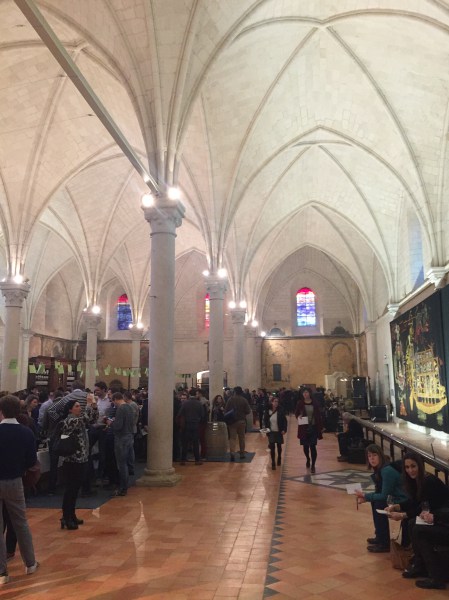 The tasting took place in two halls, the Greniers St Jean, which remains a magnificent location, and the adjacent l’Hopital St Jean. The latter is actually part of the Angers museum for contemporary tapestry and houses the monumental Chant du Monde, a hommage to medieval visions of the apocalypse created by Jean Lurçat in the fifties. I have had tastings in worse locations!

La Renaissance is an informal network of winemakers sharing the same philosophy with regards to winemaking, viticulture and the role that all this plays in the bigger picture. They do not necessarily have to be biodynamic, although the vast majority of them are, but they do have to follow organic winemaking practices and work as minimally evasive as possible.

This means that this is not exactly the most natural wine crowd, although there are plenty of atypical and consensus-challenging wines like those from Xavier Caillard (Les Jardins Esméraldins). He brought two wines to show: a 2004 Chenin Blanc which had only just been bottled, and a 2011 Chenin Blanc that was raised sous voile. The 2004 was fantastic, pure, mineral, a little grip in the structure and just the essence of what I look for in Chenin. I would describe the 2011 as interesting, as it is simply ways beyond what you expect from Chenin blanc, linear, oxidative in style but not yet showing the enormous complexity that this style can give in other regions. I would be curious to see how this will eventually turn out, but for the moment I was not entirely convinced. 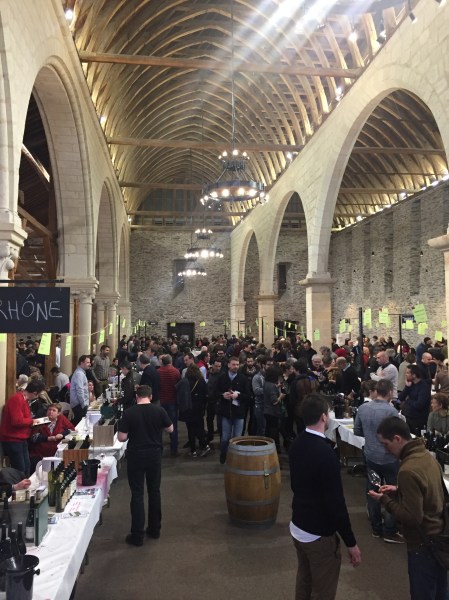 The highlight of the day is always the Joly conference, attended by winemakers and winelovers alike. The fire is still there and even seems to be a bit all over the place. It is not exactly an insight in the principles of biodynamics, moreso a stream of consciousness on what is in Joly’s mind at the time, going from the interference of radio waves to the gender of sun and earth, only to end up with the advice to let ducks shit in your sake rice fields. He is as charismatic as ever, but I do think that the crowd skeptic of biodynamics and his particular philosophy would have rolled their eyes out of their caskets by the end of it.

I focused more on the Loire wines this year, but I could not resist tasting the wines on offer by Clemens Busch, a terrific Mosel winemaker. The young wines were tight, very neat in showing but not giving anything in ways of the complexity that they develop with age. I don’t think that this is the best environment to taste these wines, as you would need to give them a lot more time to breathe than is possible here. He did have an 2015 orange wine, three month skin maceration which was interesting as the few Riesling orange wines that I have come across have up until now failed to convince me.

Despite my general indifference to the Alsace (a region that never managed to click with me in the way others do), I have developed a bit of a weak spot for the wines of Zind-Humbrecht. Bold, uncompromising and true to their origin. They had the 2014s on display, which did not come out of the easiest vintage but where showing well for their youth. The Clos Windsbuhl Riesling was as good as ever, but I was more impressed by the Rothenberg Pinot Gris which was very very fresh and finally a Pinot Gris that demanded instead of pleading to be taken seriously.

The best way to end a Loire tasting is with the sweet stuff. Where could you end up better than with Eddy and Mileine Oosterlinck. They have lived in France for over 30 years now but they still display something that can only be described as proper Flemish class, a down-to-earthness and a firm belief in what they do that can be charming among winemakers with bigger egos. I like their dry wines, but the real thrill can be found in the higher end sweets, Les Quarts de Juchepie and La Passion, wines that are so complete in their own way that you don’t need anything else.

Up next, La Dive Bouteille!