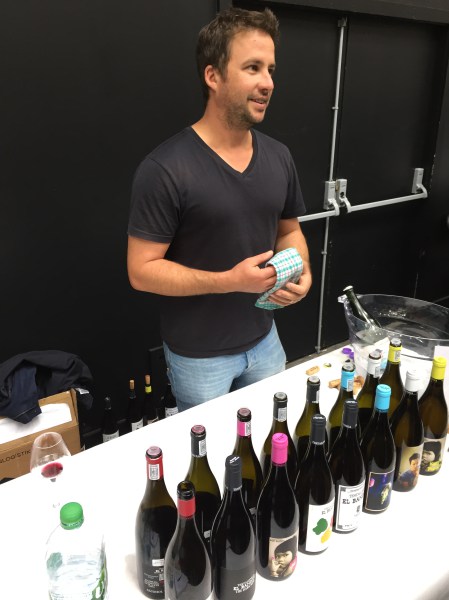 Moving on to the other side of the world, South Africa. Three estates were present: Mother Rock, mentioned here and here in the past; Jurgen Gouws, whose wines could qualify as my gateway drug to South Africa after having tasted them at RAW two years ago; and Testalonga, the solo-project of Craig and Carla Hawkins. I have tasted quite a few of their wines at separate occasions, so this was a great opportunity to go through the full lineup. All in all, the wines are exemplary expressions of their variety, yet characterized by a freshness and purity that really shows the signature of the winemaker.

In white, the El Bandito Skin Contact 2015 was a highlight. 100% chenin blanc, prolonged fermentation on the skins. Grippy yet restrained, nervous in acidity, not that overt on the fruit but more on spices, like baked appels grilled with a bit of cinnamon, fabulous. In red, Monkey Gone to Heaven 2016 was arguably the most impressive red wine I drank at the fair. 100% Mourvedre, youthful of course, but so much power already. Ripe blackberries, violets and Sichuan pepper in the nose. Quite the concentration on the palate but kept in place by a balancing freshness. Tannins are present, yet already approachable now, good for many years.

I tried to shy away from France, given that I have ample opportunity to source my share of wine at home, but I could not resist taking a peak in the Loire region when I saw that Tessa Laroche was showing, among others, a 1998 Savennieres Roche-aux-Moines. There is nothing that comes close to the sensation an aged Savennieres can deliver. Waxy, little fruit remaining but a smoky minerality that dominates and almost acts as an anchor throughout, almost a naked wine, all frills off but with so much to show. Conversation here quickly went to the frosts that have wreaked havoc in the Loire Valley, and the estate has been touched in particular, given that all their holdings are in Roche-aux-Moines. She remained optimistic however, so let’s hope that a second budding will at least mitigate the damage done.

Moving to the Western outskirts of the Loire Valley, my eye fell on Coteaux d’Ancenis, an appellation pushed into obscurity due to the dominance of Muscadet in the Pays Nantais. At only 200ha, it is almost negligible, but there is something intriguing about finding varieties like Pinot Gris (known locally as Malvoisie) and Gamay this far west. 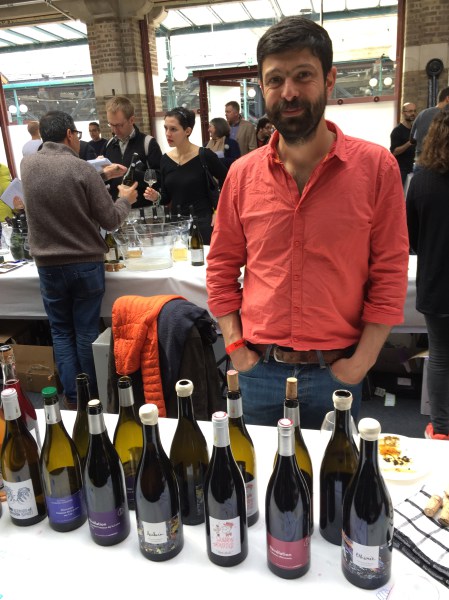 The vast majority of Loire Valley Gamay is not memorable; agreeable chilled drinking in the summer, but that’s basically it. The wines of Landron-Chartier seemed more promising, given that they could benefit form the geological complexity so characteristic of the region. The entry wine, Esprit Détente 2016 is the estate’s vin de copains, fruit-driven, fresh and smooth. Revelation 2014 takes it up a notch: less on the fruit and more on spices like cloves and pepper, quite deep yet not without losing the freshness that makes Gamay such a great variety. Finally, 2015 Etherie is the estate’s outsider, orthogneiss in the vineyard, long maceration on the skins and clearly created with the potential to age. For the moment spiciness dominates and there is quite a lot of oak on the nose. The palate is more layered, complex, with sweetness of fruit and the crackling sense of biting in a just ripe raspberry.

Pinot Gris produced under the Coteaux d’Ancenis appellation has to be sweet, which is not really helping these days, so a lot of producers take recourse to Vin de Pays. Aubin 2015 is the result of 15 days of skin maceration followed by ageing in used barrels. There is an impact on the color, slightly more golden than you would expect, and there is an impression of tannins, yet overall this is a great Pinot Gris, characterized by a nice purity of flavors, medium-bodied on the palate making it quite versatile in food-pairing. Pricepoint-wise though, I fear that you pay mostly for the eccentricity. 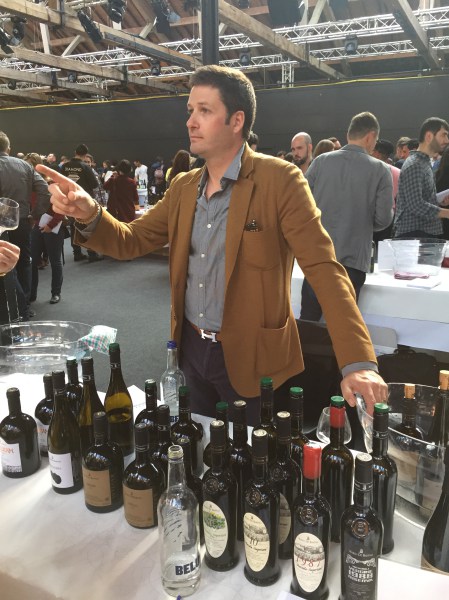 No wine fair would be complete without a couple of sips of something packing a proper punch. A couple of years ago my girlfriend and I went to Sicily for our first vacation together. Near the end we made a stop in Mazara del Vallo and after 14 days of sunshine we were hit with a violent downpour, leaving us no choice but to take shelter at Marco de Bartoli, the leading producer of Marsala. The western part of Sicily has a long history of making fantastic, ageworthy wines. Unfortunately, it has fallen into disarray for what is already a couple of decades thanks to short-term commercial choices and slacking DOC guidelines. Producers like Marco de Bartoli have been the main actors in the restoration that is slowly gathering speed, so after an impromptu yet memorable visit all those years ago, when I knew little about wine, expectations were high.

Marsala is a fortified wine, so neutral grape spirit is added during the fermentation process. The Vigna La Miccia Superiore Riserva is the richest Marsala presented. Five years of ageing in cask gives it dried figs, raisins, and candied peaches on the nose. Quite voluptuous on the palate, maybe just lacking a touch of acidity but quite versatile for wintery desserts I think. The 1988 Vergine Riserva is completely different. Dry in style and only bottled in 2015! Fantastic, intense, oxidative notes reminiscing of macadamia nuts, honeyed almonds and an almost unsurmountable complexity on the palate. Unpairable basically as it would crush everything you would put against it, so best to be enjoyed slowly and with attention to the generosity that is hidden beneath.

The wine to end the fair was the Bukkuram Sole d’Agosto 2013. 100% zibbibo (muscat d’Alexandrie), grown in the UNESCO world heritage zone of the isle of Pantellaria. Given that around half of the harvest has been dried on mats in the sun, it is decidedly sweet at about 150g of residual sugar.  Salt toffee, candied lemons, orange zest, all coming together in an almost pungent nose yet almost disappearing on the palate for a vivid . Zesty, mouthwatering yet with an incredible length, this is a real showstopper.

3 thoughts on “An impression of the Real Wine Fair (II)”